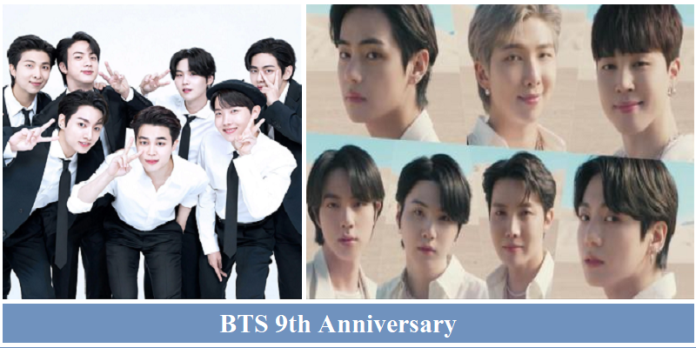 BTS 9th Anniversary | Today's BTS is celebrating their 9th Anniversary and June is most important month for BTS Army because BTS Army made nine year ago on 13 June. BTS celebrates the first 13 days with FESTA  as they release new content like music, , dance videos, photo collections, song covers and others.

BTS Army made 9 years Ago on 13 June and K-pop has been increasingly making to people’s playlists in India, and as of December 2021. June 10, dropped their new anthology album Proof. The album was accompanied by the official music video of the lead single “Yet To Come (The Most Beautiful Moment)”. it will come 11 months after their latest single CD Butter. BTS 9th anniversary celebrations called the 'Festa' . ‘Proof’, the album takes listeners on a journey of BTS’ revolution throughout the years in a chronological order.  this song Live via official YouTube channel BANGTANTV on June 13.