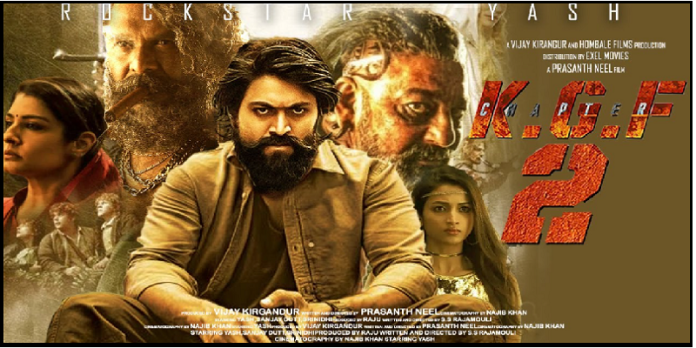 After killing Garuda, Rocky, whose name strikes fear in the heart of his foes, becomes the uplifter of people struggling at the KGF by helping and fighting for them. His allies look up to Rocky as their savior. Now, he will have to face his biggest foe Adheera and learn more about his past.

The film begins with Vijayendra Ingalagi, the son of Anand Ingalagi, taking over as the narrator of the film. Rocky has won over the people of KGF and he is now in the process of dreaming bigger and treading more dangerous paths. In this process he encounters Adheera, who is inspired by the Vikings and evokes visceral fear, who wants KGF back. Simultaneously, he also has to encounter the righteous Prime Minister Ramika Sen, who also wants Rocky taken down.

The actor might soon be making his Hinid film debut. Yash opened up on learning the language. He added, "Every day you have to believe that this is going to be the biggest film of my life. I take everything equally. I have learnt Hindi also."

KGF2 is good at delivering action sequences, but not up to the mark in storytelling. This film is heavy, over-the- top and focusses nothing else than Heroism elevation. Director has made few extravaganza shots that go well with KGF Fans. An average affair for regular moviegoers, satisfactory for the cult of KGF.